Keeping the art of storytelling alive: An interview with the founders of Apalam Chapalam

Mohini Gupta interviews Aliya Khan and Mandavi Menon, founders of Apalam Chapalam, a children’s storytelling initiative born during the lockdown in India, in partnership with the child rights organisation Leher India. The social media initiative has become a digital repository of Indian language literature for children from around the country, and has been sharing delightful video stories for children in collaboration with the country’s most renowned artists. 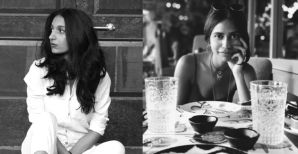 1. What led to the idea of starting Apalam Chapalam for both of you? When did you launch it?

It was a combination of things, but the idea was very much born out of lockdown. The uncertainty of those initial days coupled with the migrant crisis was overwhelming to say the least. I think a lot of people felt terribly helpless and didn’t know how to be of service beyond donating to certain causes, which ultimately had limitations as well. We recognised this and were both driven by the idea of finding a way to simultaneously mitigate this helplessness as well as the difficulties we knew children and families from underprivileged backgrounds were experiencing.

We launched Apalam Chapalam on the 21st of April, after just 10 days in incubation! Our own creative networks came through to contribute in incredible ways, which is testament to the spirit of this beautiful community.

2.  What were the objectives behind launching the platform?

The initiative was designed to bring a measure of pleasure to young listeners, at home. The primary objective was to keep a sense of wonder and imagination alive for children, especially those from marginalised, low income backgrounds. This platform allowed them to hear directly from a community that cares about them—a community that valued the importance of leisure and light-heartedness for them, at a time it was all too easy to treat it as low priority.

A secondary objective was to keep the art of oral storytelling alive in India. We’ve all grown up with storytellers in our own families—uncles, grandmothers, cousins, parents—but the time we used to spend together as families, or inter-generationally, has decreased significantly. We really felt it was time to introduce currencies beyond money. By giving people a space to share of themselves more deeply i.e. with their time, creativity and own childhood memories, we felt we could do more to foster a real sense of connection between people.

Last but not the least, we were hugely motivated by the opportunity to create an informal repository of regional Indian literature in the process of building Apalam Chapalam. Our storytellers span all age groups and communities, and the diversity of the library we’ve built reflects this.

Having said all this, there have been objectives that have been met more by good fortune than focussed intent. For example, Apalam has turned out to be a space where a large adult community has found solace during lockdown too. A lot of people write to us to tell us how they’ve found comfort in hearing these stories and felt inspired to dig into their own memories as a result.

3. How has the response to the platform been? Tell us a little bit about your partners, readers and audiences…I know that your work is not limited to social media, but you collaborate with projects and NGOs to make sure this content reaches children around the country.

It’s been overwhelming to say the least! We’ve been able to share over 75 video stories which have been watched over 200,000 times across our platforms. But numbers aside, it’s the quality of responses from both adults and children alike have been really heart-warming. With respect to the latter, children from some of the facilities and homes we partner with for distribution via Leher have been inspired to write their own poetry and stories, many of which we’ve been lucky enough to receive and read.

Similarly, we get regular inquiries from the most wonderful storytellers across age groups. We love that it’s given people an opportunity to bond with their own family members and encourage elderly people in their families to share with the world, the stories they were lucky enough to grown up with.

And yes, regarding social media, it was more a means to expand Apalam’s objectives beyond its core audience of young children. We treated it as an independent media platform almost, which could be used to share resources and information that would encourage more adults and storytellers to share.

None of this would have been possible without our amazing NGO partner, Leher, who built out the entire distribution network via field workers, other NGOs, childcare institutions and more. They’ve been incredibly hands on with developing and leveraging these networks to ensure these videos reach as many children as possible.

The focus has been more on marginalised communities within Bombay and Delhi, however, social media has allowed us to go beyond these networks via each and every person who has shared a story with Apalam.

4. How do you source your content for the platform? You have brought attention to some wonderful old publications, not just from India, but from around the world, in various languages. Tell us about your favourite discovery too!

Lots and lots of research! But really, a lot of it is an extension of our own upbringings too. Both of us have been raised in families who celebrated storytelling in every form and for different reasons, had access to a lot of regional literature that others our age never grew up with. We’ve both been driven by the desire to share this culture with people through our work prior to Apalam as well. Only now it’s focussed on children as well.

We’ve also been lucky to have a wonderful team of interns and volunteers over the months who share similar sensitivities and excitement towards this endeavour.

Favourite discovery is too hard to pick. But if we had to, these are a few we’d recommend that people check out:

5. Which are the other kidlit initiatives you follow and are inspired by (Indian or otherwise)? Do you think we are doing enough to ensure that children and young readers develop a curiosity about languages and literatures?

We absolutely love Tara Books, and have for many years for the ways in which they celebrate regional arts and craftsmanship even as they tell unique, and culturally relevant stories for children. Tulika too, is a publisher whose ethos we appreciate and were lucky enough to partner with for a small activation to translate a corona virus poem into different Indian languages. We collaborated to get performers like Kalki Koechlin, Shriya Pilgaonkar and Suhasini Maniratnam to narrate it in English, Hindi and Tamil respectively, and worked with translators to create the text.

We enjoy Katha and Storyweaver’s work immensely, and are hoping to partner with many more such lovely initiatives within the Kidlit space.

As far as doing enough is concerned, we feel there are plenty of initiatives and publishers doing tremendous work in this space. However, there is a need for such thinking to be absorbed into the larger culture. Such work shouldn’t be on the margins, but absolutely integrated into mainstream education so that children build curiosity and interest in cultures outside their own.

We have such rich literary resources to share in this country, now it’s really about consolidating these efforts and coming together to expand the way in which we exchange with each other.