It’s been announced that Georgia’s capital Tbilisi will be World Book Capital for 2021. Hat tip to James Murua from whom we learned this.

It reminded me that Georgia was Guest of Honor at Frankfurt Book Fair 2018 and made me wonder what the impact was, if any, on Georgian children’s books in translation. The Frankfurt Buchmesse press release mentioned fairytales but nothing else about children’s literature, which left me wanting to know more – which children’s authors were featured as part of the Guest of Honor events?

The website Georgia Characters was made to support the 2018 guest of honor status, and among other things has information about individual authors, translation funding and the SABA awards for Georgian literature (sadly no category for children’s books).

Anphimidadi Diana has at least one book of stories translated into German with Austrian publisher Drava Verlag: Geschichten in gemalter Sprache (Tales in Painted Language). Matsaberidze Bondo’s picture books Tales of Tusi and Busi and Tales of Bekna and Tekla are also published in German by Drava Verlag in Anastasia Kamarauli’s translation. 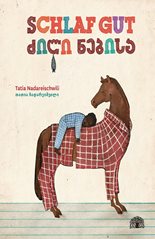 Topuria Tea is described as having written a number of highly acclaimed books of short stories for children, including The Holidays of Paradea (2011), Tales too Good to Sleep Through (2011) and One Long Day on Another Planet (2014), a collection of stories Two Rooms in Cairo (2016). One of the most talented and notable authors in Georgia, she has been short-listed and has won many prestigious literary competitions. In 2014 and 2015 Topuria was nominated from Georgia for Astrid Lindgren Memorial Award. 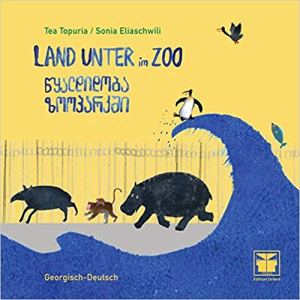 It would be wonderful to see an English translation, or an English-Georgian bilingual version of one of Topuria’s picture books, e.g. Land unter im Zoo, a Georgian-German bilingual picture book, illustrated by Sonia Eliaschwili and translated into German by Otar Karalaschwili. Published by Edition Orient, it is based on a true story of a flood in a Georgian zoo.

A quick search for “children” on the Georgia Characters website also brought up details of an illustration event at the 2018 Berlin Book Islands festival, showcasing the work of Georgian illustrators Elene Chichashvili (also spelled Elene Tschitschaschwili), Ana Chubinidze (Ana Tschubinidse), Gio Jincharadze, Tatia Nadareishvili and Eka Tabliashvili (Eka Tabliaschwili). As these names show, one of the challenges of researching authors and illustrators from Georgia, or indeed any country whose language uses a non-Roman script, is the variety of ways that Georgian names can be transliterated into English and German. 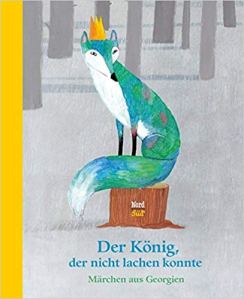 Perhaps the most famous Georgian-German author among English readers is playwright, theatre director and novelist Nino Haratischwili whose novel The Eighth Life has recently been translated into English by Charlotte Collins and Ruth Martin. Nino hasn’t written for children, as far as we know.  Nino, please correct us if we’re wrong!

This year at Frankfurt Book Fair 2019 there will be three venues where publishers can find out more about Georgian literature: the Georgian National Stand, the Georgian published and unpublished children’s book stand, as well as the event “Spend 4 Seasons in Georgia”. According to Georgia Today, there will be around ten Georgian publishing companies ready to introduce the country’s culture to wider audiences.

It would be interesting to know of any book translation deals that emerged as a result of Georgia’s Guest of Honor status at Frankfurt in 2018. We don’t know of any children’s books translated from Georgian to English, but we’d love to hear of them if you do! Here at World Kid Lit blog we host a list of expert readers of children’s books in various languages and we don’t yet have a reader for Georgian; please get in touch if you can be that person!